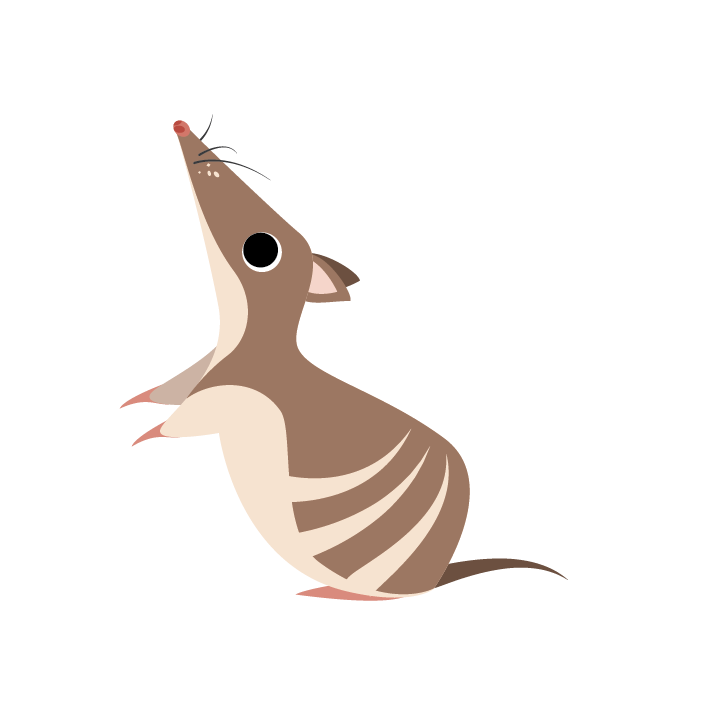 Livestream not active? It could just be a broken link. You can find the direct livestream on the Bandicam YouTube Channel.

Please keep in mind Bandicam is powered by a solar-charged battery. If we have successive dreary days, our camera may be down temporarily. With a little sunshine, it should be back online in no time.

What is an Eastern Barred Bandicoot

Colour varies from yellowish-brown above to grey underneath and a light colour on upper side of tail.

The most distinguishing feature is the three or four pale bars on the hindquarters.

The Eastern Barred Bandicoot was declared extinct in the wild on the Australian mainland, until recovery efforts, which began when 40 individuals from the last known wild population on the mainland was recovered from Hamilton more than 30 years ago.

In 2022, the EBB made national headlines when it was officially recategorised in Victoria from extinct in the wild to endangered – the first animal in Australia to do so.

Where is Bandicam located?

Bandicoots were reintroduced to the enclosure in 1991 as the first step in the species recovery efforts.

The recovery of the Eastern Barred Bandicoot began in Hamilton more than 30 years ago when the last remaining population in the wild on the Australian mainland was located in the Hamilton town tip, where the animals were using old car bodies to escape predation from foxes and cats.

Until recently, every Bandicoot on the Australian mainland was a descendent of 19 animals.

Monitoring of the bandicoots in the Hamilton Reserve continues each spring and autumn through the Eastern Barred Bandicoot Recovery team, which is supported by the Victorian Department of Environment Land, Water and Planning and Glenelg Hopkins CMA with funding from the Australian Government.

The story of the species recovery

A series of videos were created in 2020 highlighting the species recovery and the important role a number of organisations and people have played in the successful re-establishment of this species.

You can watch additional videos of the Bandicoot recovery, including how the animals are monitored on our YouTube Channel HERE