Water for the environment

We recognise Aboriginal people as Traditional Owners and custodians of the land and water in Victoria and acknowledge their cultural relationships with the waterways.

Water for the environment helps to sustain healthy Country for Aboriginal people.

So what is Water for the Environment?

Many of Victoria’s rivers and wetlands have been modified as the population has grown to provide water important for towns, industry and food production.
In some rivers, up to half of the water that would have flowed naturally prior to the construction of dams, weirs and reservoirs, is removed each year for urban consumption, irrigation and industry.
In the Glenelg Hopkins region, water for the environment is set aside in Rocklands Reservoir and is periodically released into the Glenelg River to support the plants and animals that live, feed and breed there.

The plan for seasonal watering using environmental water allocation is released by the Victorian Environmental Water Holder on July 1 every year.

Water releases for the environment are managed to improve the health of rivers, wetlands and floodplains, also benefits communities by:

Where will water for the environment go and why?

The Victorian Seasonal Watering Plan sets out a plan for water for the environment and is released on July 1 each year.

Water for the environment is water that’s set aside in storages such as dams and released or ‘delivered’ to help native plants and animals survive, thrive and reproduce. It also helps to maintain and improve waterway health needs such as connectivity, water levels and water quality.

The seasonal watering plan is a state-wide plan outlining where, when, and why water for the environment can be delivered throughout Victorian waterways.

The plan is developed by the Victorian Environmental Water Holder in close partnership with waterway managers – who engage extensively with their communities including Traditional Owners, storage managers, land managers, and scientists – to ensure a planning process that is informed by scientific understanding, local and cultural knowledge, and on-ground evaluation.

How water for the environment is helping plants and animals in western Victoria in 2022-2023.

Many of Victoria’s rivers and wetlands have been modified to provide water vital for farms, homes and industry. Water for the environment is set aside in storages then released to improve the health of rivers and wetlands to support them and the plants, fish and other animals that live, feed and breed in them.

Water for the environment also benefits communities by improving conditions for fishing, camping and canoeing. Improved water quality can have economic benefits for irrigation and urban water supply.

You can read about the plan for our region HERE 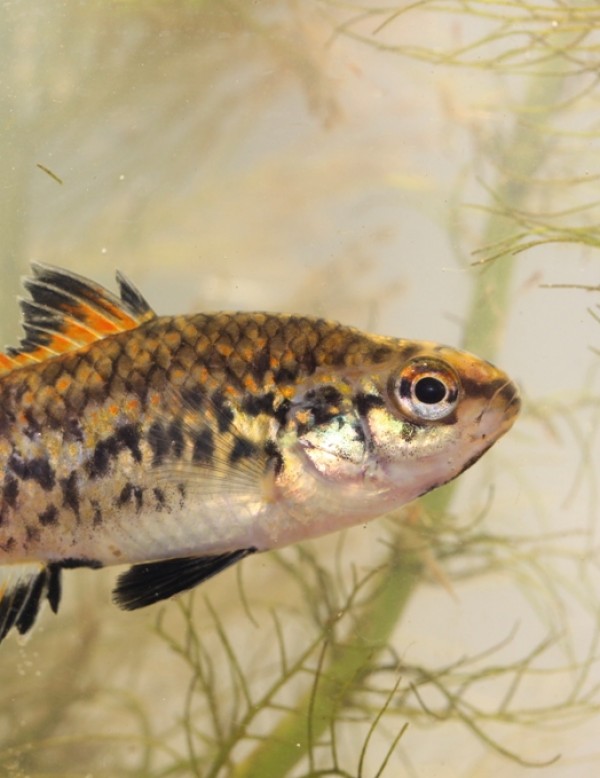 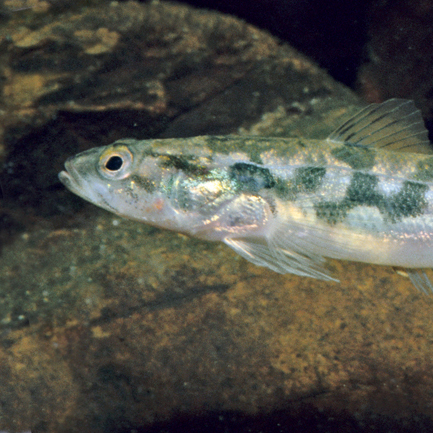 Native fish like tupong are back to their previous numbers 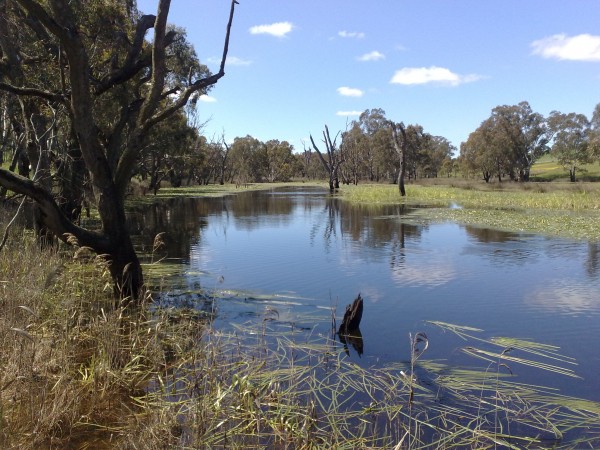 Salinity levels have decreased by 80% 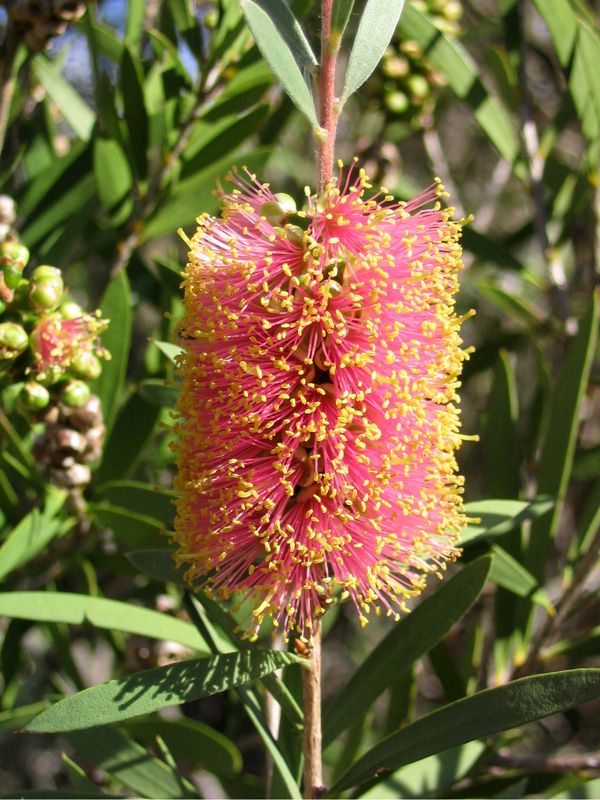 Environmental flows have the decreased salinity of the upper Glenelg River providing fresher water for stock to drink. This has real benefits for the many farmers using the river for stock and domestic purposes.

Environmental flows have changed the face of fishing in the Glenelg River north of Casterton since they started in 2009.

Annual fish surveys show native fish numbers are increasing in the Glenelg River and native fish are returning to the upper reaches of the river. 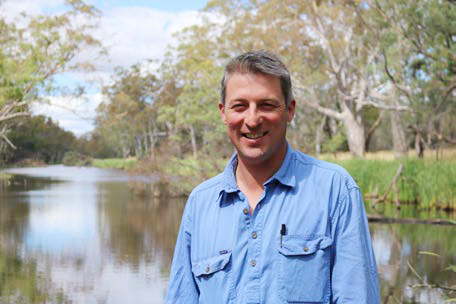 From a farming perspective environmental flows are a productivity booster.
– Justin Weaver, Balmoral 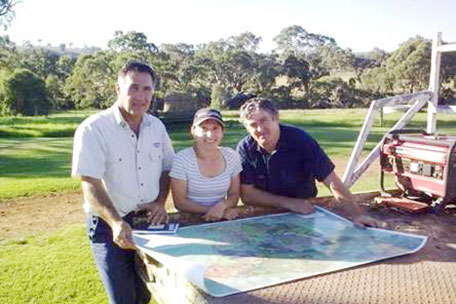 With good flows we are able to supply our stock with better quality water and secondly we are able to enjoy the river and the nature that goes with it.
– Julie and Peter Crowle, Dergholm 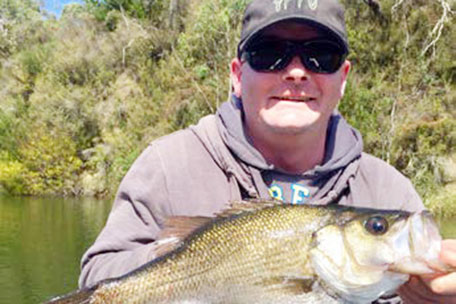 There has been a real improvement in the health of the river and this is very evident in the stocks and condition of the native fish.
– Shane Lowery, Administrator South West Victoria Fishing Reports

Check out how water for the environment is helping bring fish back to the Glenelg River.

of landholders in the upper Glenelg region rely on a healthy Glenelg River for stock and domestic water supply.

reduction of salinity concentrations due to flows, an important benefit for downstream users.

increase in times where environmental flows have made water suitable for stock to drink.

million estimated in total benefits to the economy contributed from environmental flows in the Glenelg River.

MYTH 1: Isn’t the water just wasted out to sea?

Water released for the environment does a lot more than just flow out to sea. It has many benefits as it makes its 350-kilometre journey along the Glenelg River.

Freshening flows reduce salinity, boost oxygen levels and connect isolated pools so fish and animals can thrive. This stops the river stagnating, keeping the river and its inhabitants healthy over the summer period and gives farmers along the river a more reliable water supply.

Water releases provide flows required to stimulate fish breeding and help riverside plants regenerate. The overall result is a much more beautiful, healthy river system, all of which makes the Glenelg River a great place to enjoy the benefits of water released for the environment.

Releasing water in winter keeps the river’s natural cycles in check and gives the upper parts of the river some of the flow that would have occurred before Rocklands was built.

Rivers in southern Australia are meant to have higher flows over winter. The native plants and animals in the river have evolved to require higher flows in winter for their lifecycles. For instance, native fish use the high winter flows as a time to put on condition so they are ready for spawning in spring. Likewise, many riverside plants need high winter flows to help them flourish, spread seeds along the river and help seedlings regenerate.

Before Rocklands Reservoir was built, annual high winter flows occurred naturally every winter throughout the river. Now that much of the water that would have gone down the Glenelg is held in Rocklands we need to give nature a helping hand by releasing some of this water. This lack of winter flow is particularly an issue in the upper part of the river directly below Rocklands as it doesn’t have the tributaries supplying winter flows that the lower catchment has.
So what might seem a waste is actually helping the Glenelg River bounce back, restoring a little of the flow that would have naturally occurred before the creation of Rocklands Reservoir.

It’s not just plants and animals that benefit from environmental flows, its everyone that uses the river.

Traditional Owners, anglers, farmers, canoeists, bushwalkers, swimmers and tourism business owners along the river are just some of the many river users that benefit from a healthier river.

Keen anglers will know that since environmental flows started in 2010, native fish stocks have flourished. Some species, such as the Estuary Perch, have now returned to the upper Glenelg after more than 50 years of being confined to the lower reaches of the river.

People who visit the river to fish, swim, canoe or camp have seen the river return to health since environmental flows started with popular swimming and fishing waterholes staying deeper for longer periods over summer.

Farmers along the river have noted the effects of the freshening summer flows which reduce salinity, enabling year-round stock watering. Before environmental flows the river was simply too salty for stock over many months of the year.
No one wants to see a stagnant river devoid of life, so bringing the river back to life through releasing water for the environment helps us all.

Flooding can have a devastating impact on communities along the river. That’s why water released for the environment is closely managed to make sure it never contributes to flooding.

The CMA has eight gauging stations along the river that record the river levels constantly and relay the information to staff. We use this technology along with rainfall forecast to predict the impact of any water releases downstream before they are released. In the event of a flood warning being issued anywhere in the Glenelg River, all releases are ceased.

For example, during the 2016 winter, environmental flows from Rocklands Reservoir into the Glenelg were stopped as soon as the first flood warning was issued.

The flooding that did occur during this time was due to natural inflows only. As we manage environmental flows we make it our priority that what we release helps the river and the people along the river, so ensuring flows never contribute to flooding is an essential part of this.

What is water was released in a flood period?

You can find more information here