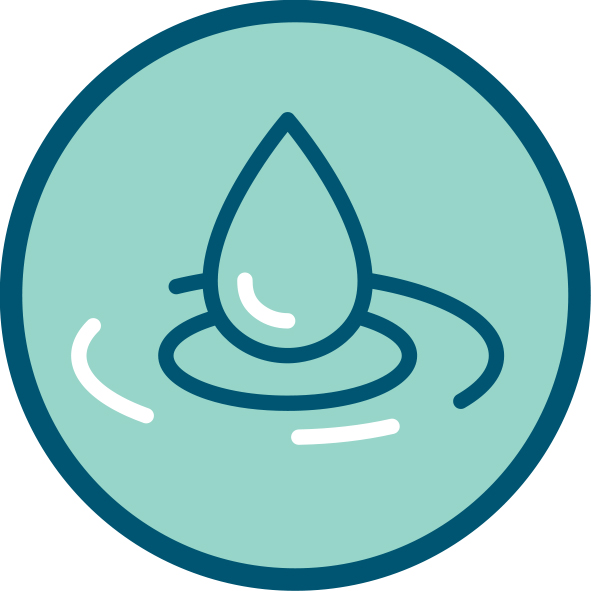 Water maintains life. It’s is a critical asset for the people and natural biodiversity of the region and also underpins the economy of the region, supporting agriculture, manufacturing and tourism.

The Glenelg Hopkins Rivers and their tributaries are the major rivers in the region, with smaller rivers and creeks in the Millicent and Portland basins. Both surface and more recently groundwater resources, sustain the region’s economic production and the environment.

Recreational water use, including boating and fishing, is a feature of the region.

The Glenelg basin contains more than 150 threatened to near-threatened species and ecological communities and falls within one of 15 listed ‘biodiversity hotspots’ in Australia, and one of only two in Victoria. The Glenelg River is the largest river in south-west Victoria and contains some of the best condition river reaches in the region. Significant tributaries of the Glenelg River include the Wannon, Chetwynd, Stokes, Crawford and Wando rivers.

The Hopkins basin is largely cleared and used for agriculture.  The Hopkins River is a major waterway draining the eastern part of the region and enters the Southern Ocean at Warrnambool. The Hopkins River estuary reach is one of three premier river reaches under the Go Fishing in Victoria Program, selected for their existing high recreational fisheries values. The Merri River, and the Fiery and Mt Emu creeks are other significant waterways within the Hopkins basin.

All basins have high value environmental reaches, which support rare and threatened fauna and flora. The region’s rivers support a range of social values including fishing, boating, camping, swimming, picnicking and bushwalking. Rivers contribute to the region’s economy and are valued for the supply of water for agriculture, sand mining, drinking water, tourism and fishing.

Estuaries, where rivers meet the sea, are an important link between catchments, coasts and the marine environment.

There are eight major estuaries in the Glenelg Hopkins region: The Hopkins, Merri, Moyne, Yambuk, Fitzroy, Surry and Glenelg estuary and Fawthrop Lagoon.

Estuaries are highly dynamic and productive systems that support a rich and diverse array of wildlife and unique wetland vegetation communities. They provide key spawning and nursery grounds for many species of fish and drought refuge and critical breeding and foraging areas for birds. Estuaries also play a pivotal role in maintaining water quality through nutrient and sediment filtering. Estuaries of the region also support significant numbers of threatened species listed under state and national legislation.

The catchment has more than 7,600 mapped natural wetlands, covering 117,000 ha or 4 per cent of the region’s area. This represents 22 per cent of Victoria’s total area of wetlands . The region’s wetlands vary greatly, ranging from large and permanent freshwater lakes to small and ephemeral (non-permanent) freshwater meadows. Seasonal Herbaceous Wetlands, which are ephemeral, isolated freshwater wetlands, are particularly well represented. This wetland type is listed as critically endangered under the Environment Protection and Biodiversity Conservation Act 1999 (EPBC).