Grasslands of the Victorian Volcanic Plains 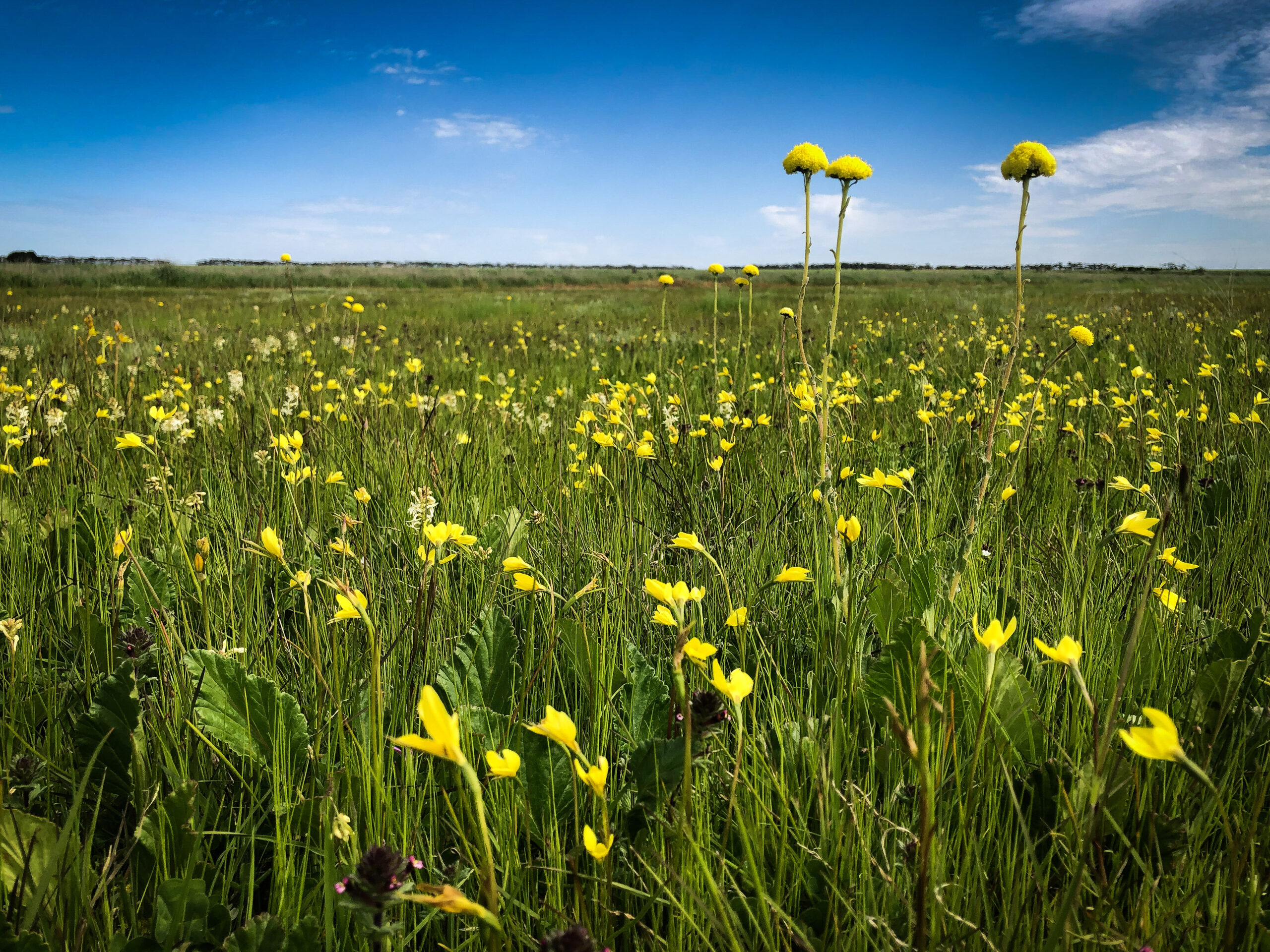 Why the VVP grasslands are so ecologically important

Glenelg Hopkins CMA delivers a number of projects on the ecologically important Natural Teperate Grasslands of the Victorian Volcanic Plains. This includes recovery of species, land management practices, and pilot projects which aim to develop, improve, maintain and increase the health and condition of grasslands.

What do we do on the grasslands?

The Glenelg Hopkins CMA is delivering projects funded through a number of partners to recover and improve the grasslands of the VVP.

This include a project funded through the Australian Government’s National Landcare Program, Recovery of the Natural Temperate Grasslands of the Victorian Volcanic Plains.

This $5 million, 5-year project is monitoring and assessing the grasslands, and aiming to improve management techniques, including how fire plays a key role in their management.

The project has also supported the recovery of the endangered Button Wrinklewort plant. The project accidentally located a single plant in a new location which has led to some new and reintroduction activities. Including affectionately naming the plant ‘Button’ and it having it’s own Facebook page.

The VVP team have also been working with LaTrobe University and Regional Roads Victoria to implement a pilot project seeing if aggressive scalping of roadsides and replanting of native grasses is a way to build corridors of grasslands.

Started in 2020, the project began work on the Penshurst-Dunkeld Road in southwest Victoria with large areas of phalaris cleared and sown with indigenous grassland species.

Watch the video on the recovery of the VVP

The monitoring that happens on the VVP can be as simple as visiting regularly, to specific scientific measurements.

All of it essentially requires people on the ground, counting plants, measuring stems, assessing flower heads … it can even involve golf balls! Throwing golf balls into measuring quadrats allows those monitoring to assess the density of the vegetation.

Learn about more plants of the VVP

SPECIES THREE – the plant so new, it doesn’t have a name yet

This flower is not the chocolate or vanilla lily often found on the VVP.
This is Arthropodium Species 3 – a plant so new to science it doesn’t have a common name, yet.

Unlike the Chocolate Lily, the flowers are usually several per node, on erect or spreading pedicels to 25 mm long.

Species Three flowers from October through to December.

The Button Wrinklewort – the coolest named flower ever

One of the best named Australian plants, the Button Wrinklewort is a perennial daisy, found in only a few public land sites in Western Victoria, and several isolated sites in NSW and the ACT.

It flowers anytime between October and February, where it produces yellow spherical flower heads 8-15 mm in diameter at the end of long flowering stems.

These stems die back over late Summer to Autumn and are replaced by a new basal rosette of leaves in early Winter.

Find out more about how we manage the the Button Wrinklewort

How golfballs on grasslands help monitor their health

THE PONDCAST: Listen to how the grasslands are monitored by ecological researchers from the Arthur Rylah Institute

What other projects do we deliver?

We love the VVP grasslands at the Glenelg Hopkins CMA – but we deliver a much wider diversity of projects. This includes more biodiversity project other than grassland projects, and many on waterways, marine environments, and with private landholders.

See the projects we are currently delivering

Flowers of the VVP grasslands

Each spring he grasslands of the VVP are bursting with colour!

Arguably as beautiful, but much less well known, the grasslands of the Victorian Volcanic Plains region put on some of the most spectacular displays of native wildflowers in Australia … and most of them are just on the roadsides!